In Oshima Shipbuilding, we conduct various initiatives from environmental viewpoint under corporate creed to safeguard the environment. We offer low fuel consumption and low CO2 emission ships by hull form development using circulating water tank. Moreover, to realize zero-emission society in the future, we develop cutting-edge technology with high environmental performance and apply result to our ships to contribute to low-carbon society. 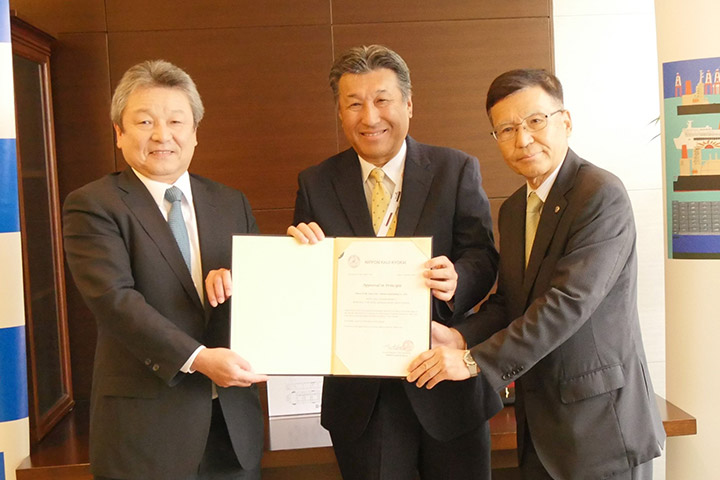 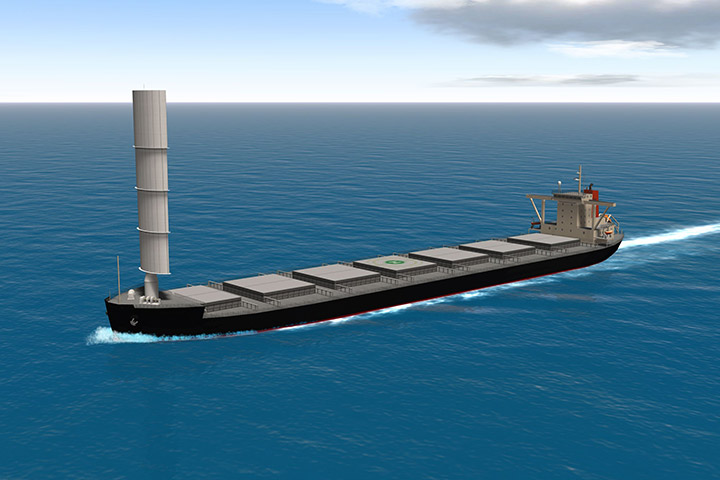 We are working on the development of next-generation sailing vessels with the aim of significantly reducing the fuel consumption of ships and reducing CO2 emissions from ships by maximizing the use of wind energy with huge hard sails. Oshima Shipbuilding and TOKYO-Mitsui O.S.K. Lines, Ltd.(MOL) have jointly obtained “Approval In Principle (AIP)” from Nippon Kaiji Kyokai for the design of a hard sail propulsion system. The system converts wind energy to propulsive force with telescopic hard sail, and is a fundamental technology of the “Wind Challenger Project”.

Obtaining the AIP marks the completion of the initial design related to the hard sail structure and controls.

Wind Challenger Project will continue a detailed design and aim to launch a new vessel equipped with single hard sail in 2022. The effect of CO2 reduction by single hard sail will be about 5% on a Japan-Australia sea route, and about 8% on Japan-North America West Coast sea route. The long-term goal is to develop a widely accepted solution to achieve the IMO target with a combination of equipping multiple hard sails and other CO2 emission reduction measures. 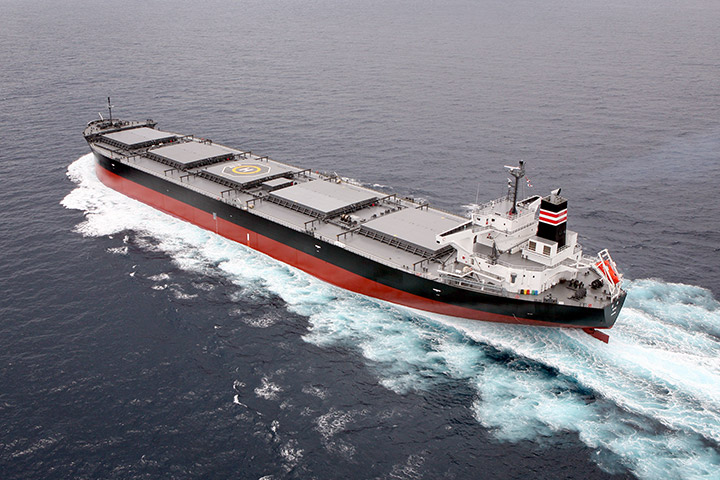 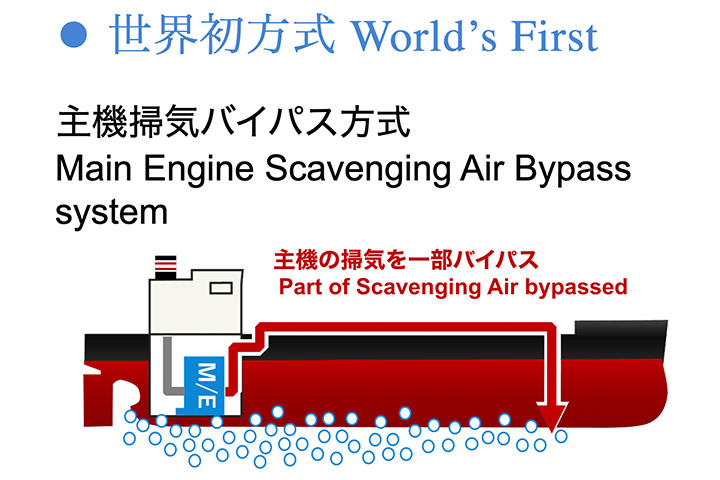 The CO2 reduction effect was confirmed to be 3 to 8%, depending on the draft of the ship. 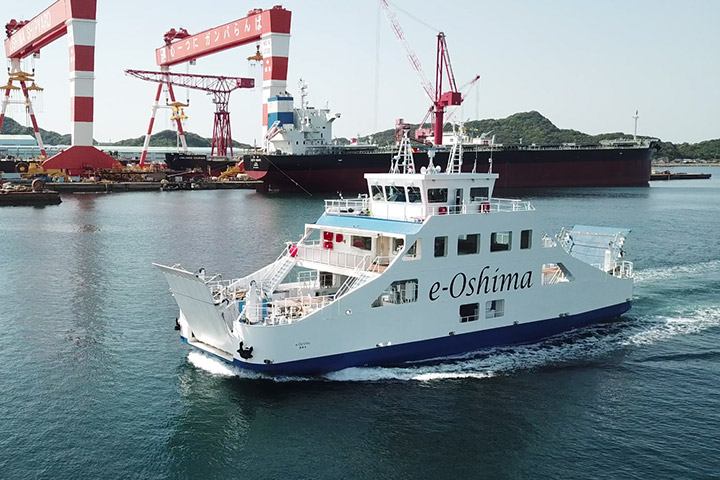 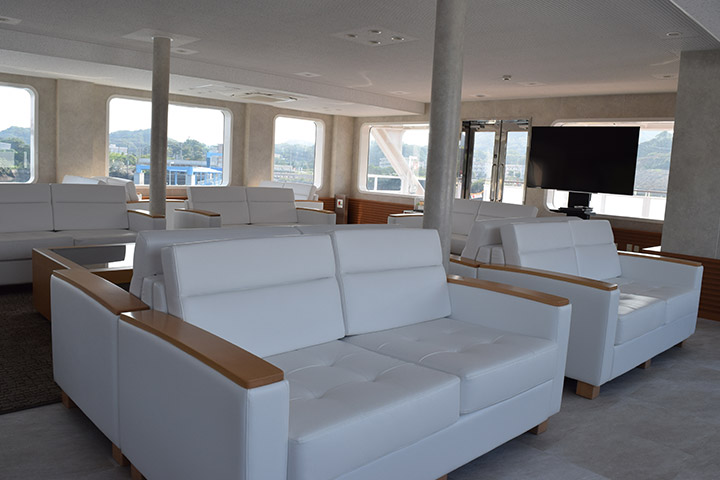 The e-Oshima has realized quiet and comfortable voyage only possible with the battery-driven vessel, without any noise and vibration from engine on the vessel. 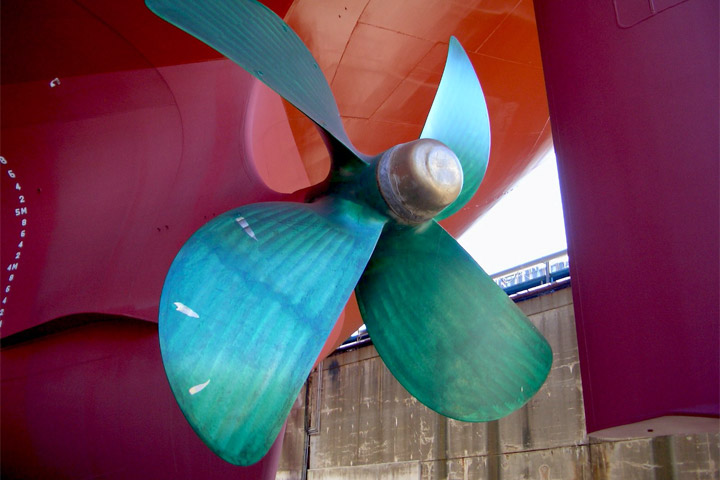 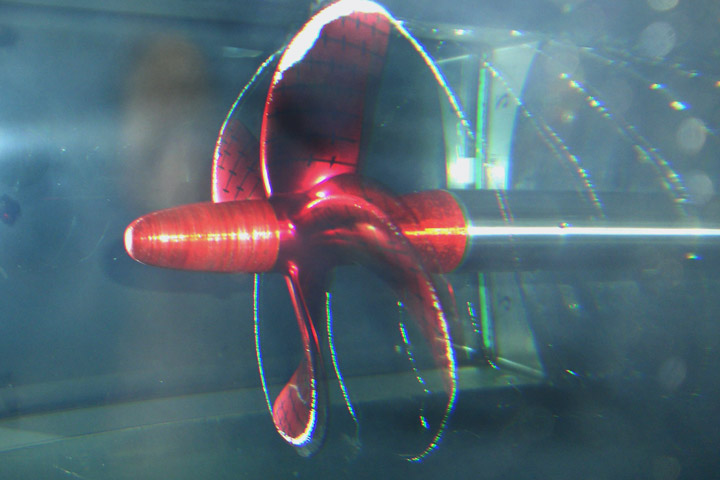 The “MAITA Propeller” is optimized for each ship with Oshima’s unique propeller design technology to maximize propulsion efficiency, and has a track record of adoption to more than 200 vessels so far.

We are conducting propeller performance tests using the in-house circulating water tank, and will continue to aim for even higher efficiency. 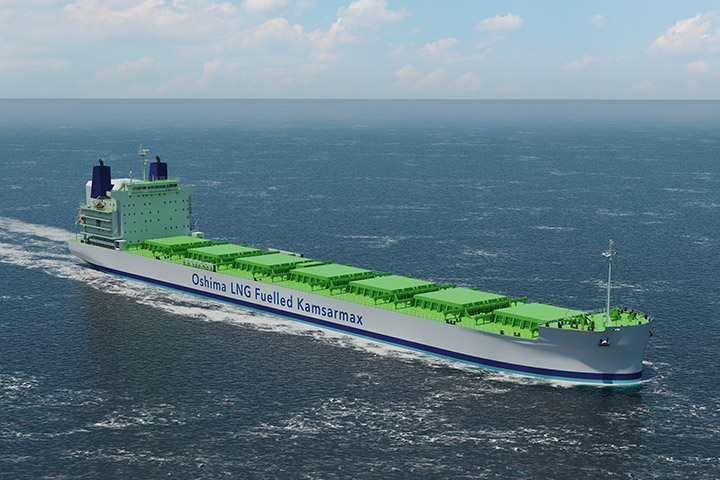 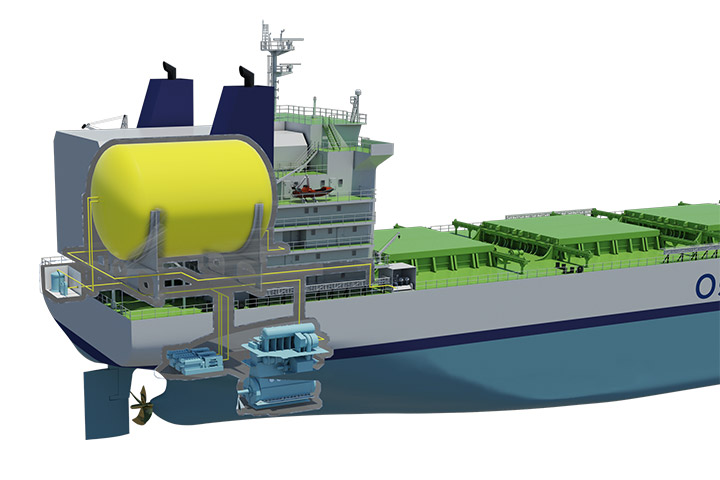 We obtained “Approval In Principle (AIP)” from DNV･GL, the classification society in Europe, for the design of LNG fueled ship in 2015.